A dog’s whiskers are touch-sensitive hairs called vibrissae. They are found on the muzzle, above the eyes and below the jaws, and can actually sense tiny changes in airflow.

Dachshunds are the smallest breed of dog used for hunting. They are low to the ground, which allows them to enter and maneuver through tunnels easily.

Contrary to popular belief, dogs do not sweat by salivating. They sweat through the pads of their feet.

The common belief that dogs are color blind is false. Dogs can see color, but it is not as vivid a color scheme as we see. They distinguish between blue, yellow, and gray, but probably do not see red and green. This is much like our vision at twilight.

The Boxer was so named for his manner of fighting – which is that he starts a fight with his front paws like a human boxer.

French poodles did not originate in France. Poodles were originally used as hunting dogs in Europe. The dogs’ thick coats were a hindrance in water and thick brush, so hunters sheared the hindquarters, with cuffs left around the ankles and hips to protect against rheumatism. Each hunter marked his dogs’ head with a ribbon of his own color, allowing groups of hunters to tell their dogs apart.

Basset Hounds can’t swim. Their legs are too short to keep their heavy, long bodies afloat.
Newfoundlands have webbed feet, making them great swimmers and divers.

Each day in the US, animal shelters are forced to destroy 30,000 dogs and cats. That’s why we recommend that you spay and neuter your pets. Not only is it healthier for your pet, but is also helps keep the dog and cat population down.

Cats have more than one hundred vocal sounds, while dogs only have about ten.
An American Animal Hospital Association poll showed that 33 percent of dog owners admit that they talk to their dogs on the phone or leave messages on an answering machine while away.

The dachshund is one of the oldest dog breeds in history (dating back to ancient Egypt). The name comes from one of its earliest uses – hunting badgers. In German, Dachs means “badger,” Hund is “hound.”

Inbreeding causes 3 out of every 10 Dalmation dogs to suffer from hearing disability.
Lassie was played by several male dogs, despite the female name, because male collies were thought to look better on camera. The main “actor” was named Pal.

The theobromine in chocolate that stimulates the cardiac and nervous systems is too much for dogs, especially smaller pups. A chocolate bar is poisonous to dogs and can even be lethal.

As much as your dog likes rawhide, it’s not that great for them. You should limit your dogs’ rawhide intake, as too much can cause stomach disrupts, constipation and diarrhea. Although, most dogs tolerate it very well, some don’t. Try CET chews instead. Their dual-action enzyme makes them easier to digest and is a great way to fight off tartar.

Rhodesian Ridgebacks have an actual ridge along the top of their backs, which is made up of forward-growing hairs.

Every year, $1.5 billion is spent on pet food. This is four times the amount spent on baby food.
Dalmations, with all those cute black spots, are born white.

There are 701 types of purebred dogs.

“Seizure Alert” dogs can alert their owners up to an hour before the onset of an epileptic seizure.

Recent studies have shown that cats can see blue and green. There is disagreement as to whether they can see red.

Both humans and cats have identical regions in the brain responsible for emotion.

Cats’ hearing is much more sensitive than humans and dogs.

A cat’s jaw has only up and down motion; it does not have any lateral, side to side motion, like dogs and humans. For this reason, don’t rely on feeding dry food as a dental care program – cats need to have their teeth cleaned by a vet.

According to myth, a cat sleeping with all four paws tucked under means cold weather is coming.

Since housecats are clean and their coats are dry and glossy, their fur easily becomes charged with electricity. You can see sparks if you rub your cat’s fur in the dark.

A tabby named “Dusty” gave birth to 420 documented kittens in her lifetime, while “Kitty” gave birth to 2 kittens at the age of 30, having given birth to a documented 218 kittens in her lifetime.
A cat has a total of 24 whiskers, 4 rows of whiskers on each side. The upper two rows can move independently of the bottom two rows. A cat uses its whiskers for measuring distances.
An adult cat has 32 teeth.

A group of cats is called a clowder of cats.

Cats are more aggressive when they are not neutered or spayed.

Spaying a female before her first or second heat will greatly reduce the threat of mammary cancer and uterine disease. A cat does not need to have at least 1 litter to be healthy, nor will they “miss” motherhood.

The oldest cat on record was Puss, from England, who died in 1939 just one day after her 36th birthday.

It has been established that people who own pets live longer, have less stress, and have fewer heart attacks.

A cat will spend nearly 30% of her life grooming herself.

Contrary to popular belief, people are not allergic to cat fur, dander, saliva, or urine – they are allergic to “sebum,” a fatty substance secreted by the cat’s sebaceous glands. More interesting, someone who is allergic to one cat may not be allergic to another cat. Though there isn’t (yet) a way of predicting which cat is more likely to cause allergic reactions, it has been proven that male cats shed much greater amounts of allergen than females. A neutered male, however, sheds much less than a non-neutered male.

A cat has more bones than a human; humans have 206, but the cat has 230 (some cites list 245 bones, and state that bones may fuse together as the cat ages).

21% of US households have at least one cat.

Cats, not dogs, are the most common pets in America. There are approximately 66 million cats to 58 million dogs, with Parakeets “flying” a distant third at 14 million.

The nose pad of a cat is ridged in a pattern that is unique, just like the fingerprint of a human.
The fumes from moth balls destroy a cat’s liver cells. Use cedar in your closet instead.

Cats do not have a collarbone, so they can fit through any opening the size of their head.
A domestic cat can sprint at about 31 miles per hour.

95% of cat owners admit they talk to their cats.

Cats lived with soldiers in trenches, where they killed mice during World War I.
Ailurophilia is the “love of cats.”

Egyptians shaved their eyebrows as a sign of mourning when they lost a beloved cat.
Most cats do not have eyelashes.

Cats walk on their toes.

A cat will almost never meow at another cat. Cats use this sound for their mothers and their human care-givers.

A group of kittens is called a “kindle.”

If you can’t feel your cat’s ribs, she’s too heavy.

Domestic cats purr both when inhaling and when exhaling.

A collar and tag can help your cat find his way home should he ever be lost. Better yet, outfit your cat with an electronic identification chip.

Need to make an appointment? Select your preferred location below: 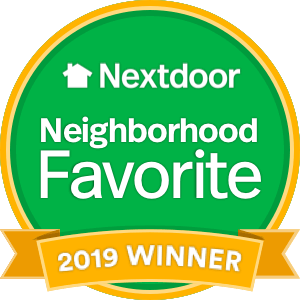